The Cracker Hacks Seem To Be Busy. 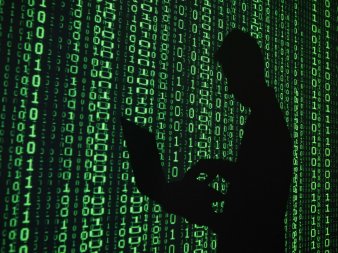 I recently employed the services of a web hosting firm, I think that's what they're called I'm not entirely up on the vernacular just yet. I then got myself a domain name and now I pondered, the question, which was, now what? Now what, indeed, while I know my way around computers an am not afraid to learn new skills, I hadn't the foggiest clue on what to do or how I planned to tackle the projects I had been pondering for some time.

The questions swirling around in my mind consisted of how in the world was I going to tie in the recently acquired domain name to the internet address of the server on the virtual private server? Was I going to need Secure Socket Layer (SSL) certificates, where would I get those and how much would they cost? I wished I had made web development and deployment a priority when I started embracing computer technology. Well initially I had, when I had just started, I remember learning how to use HTML and creating my first web pages but soon I scaled down my enthusiasm when I discovered then, that I'd need a domain name and that I'd need a host for my server and that it wouldn't be practical to run a web server from my home. Well that's what I was led to believe reading all the documents at the time. Not to mention the daunting perception I had about setting up a HTTP server like Apache, who's configuration file I knew I would have difficulty understanding without step by step instruction. I soon found that the web side of computer science didn't appeal to me so much anymore. So I decided I'd focus my attention on programming, applications, operating systems and kernel matters. I do alright, it was never my profession, you see, just a very rewarding hobby and extremely satisfying as a learning tool. However, I digress, what was I to do with my newly acquired implements?

Turns out it wasn't as daunting as I expected, I got my domain name from hover.com and all I had to do was log into hover's site, go to the DNS section and change the value, in this case the IP address from the number on hover's page to the IP address of my VPS server and that worked. It wasn't so hard at all.

What motivated me to do this was my obsession to start my own Mastodon instance. While it's easy enough to join many Mastodon instances, many of them seemed just as authoritarian and censorship prone as Facebook and Twitter ever were, especially whenever any topic right of center was posted and no matter where I went, this fact was the same. I'd get emails from admins, basically warning me that, that type of free speech wasn't acceptable. Mind you, my speech wasn't anything but a few post in support of President Trump but apparently that kind of talk was verboten.

Since I knew that Mastodon is free and open software, I knew that I could start my own instance on my own terms, sure, my kind of speech may still be unacceptable to some and while it may get me ostracized, in some circles, at least I can't be kicked out of a community, because of who I happen to be and what I say. At least I'm hoping that, that will be true.

Setting up a Mastodon instance was a little more daunting that I had anticipated, so I decided to learn more about doing so before I wasted time. Since time was of essence to me, I decided to have a Mastodon hosting service do the hard work for me until I become more proficient in such matters.

I wanted my Mastodon instance pronto so I decided to go that route temporarily. I'm admin and sole occupant of my instance and I like it that way. I search out people I believe are interesting, funny, tech savvy and the ever rare conservative right winger to follow. I appreciate all the people who do follow me back and will try not to offend anyone. I love the freedom I get from actually searching out people I wish to hear from, without any ulterior motive of having them follow me back, which seems to be the common motivational imperative on the many other social networks.

Anyway, paying to get my Mastodon instance established left me with a VPS and nothing to do with it so I decided that one of the most useful things I could do, would be to start a Mumble VOIP server on it. That wouldn't be too hard I pondered and I was delightfully correct. A mumble server's configuration file is mostly good as is and with just a few alterations, such as setting up the SuperUser's password nothing much had to be done. I use Debian and love using that Gnu/Linux distribution and so I chose it as the operating system for my instance as well, so installing Mumble was as trivial as using apt install.

I've always wanted my own Mumble server but I never wanted to host it from my home IP. I don't know why it took me so long to deploy one until now, perhaps, I've always thought web hosting was more expensive than it is, or perhaps, prices just became more affordable. In any event, I love it that I have some presence on the internet, even if it's in a small way, by some standards. I like the fact that I won't get kicked off Mumble because some admin didn't like my political views. I mean, some people get offended by me just talking about how good it is to be free and what freedom means to me. It's unbelievable. I've had a few bad experiences on some networks, however, I've also made friends along the way and it's always cool to know that we can still keep in touch since we can always retire to my server and yuck it up.

Besides setting up the Mumble server, I decided that having a blog would be a good use for all that space left on the VPS, I mean Mumble is a very small program, it would be a waste of resources not to find another project to implement on my VPS.

I decided that a lightweight blog would suit me fine. I've loved WriteFreely since the first time I learned about it's existence and I especially loved the idea that it was federated and used the Activity Pub protocol. Which meant that people on the fediverse, could easily follow my blog if they liked my content. For the uninitiated, the fediverse, a joining of the words federated and universe, are a group of very useful servers and utilities that use Activity Pub to connect to each other making it easy to still connect with people you like, who are on different networks. It's revolutionary, is what it is, because unlike Facebook, Twitter, YouTube and the rest of the centralized social media networks, everyone you follow and like must be on those networks respectively. Not so with the federated networks you can start your own instance, join any one that's to your liking and follow your friends who are on any other network. It's analogous to email. That is, one can have a Gmail account and have friends with Yahoo mail, Netzero mail and so on and it doesn't stop one from sending and receiving emails from them. Federation has the potential to change the landscape and thinking, of how we start viewing social media in general. I'm hopeful that it will succeed.

The documentation for WriteFreely, in my opinion, seemed dreadful, perhaps I should volunteer to the project and help out in that particular area. I couldn't get my instance setup because there was a lack of intuition in the documents that I found. However, I finally gleaned some insight and things started working. Well, perhaps I was a bit harsh about the scope of the documentation, because it was in reading them, that I successfully set up a Mysql or MariaDB database, in this case, so parts of the documentation were much more clear than others.

I got most of the pieces working except whenever I pointed my web browser to my domain I had an error 403 that said Forbidden. However, on my server, whenever I pointed the Lynx browser to localhost:8080, WriteFreely was on full display. So I realized that Nginx was working, WriteFreely was working and MariaDB was too. So the problem had to be human error, me. I did some more research and found out that I knew very little if anything about reverse proxy. I searched a little but I didn't find anything immediately but I was excited at the progress. I wanted instant gratification too, however, so I visited my friends at Skyn3t and I got major help from Nuggy and Zer0. Thanks again guys!

Speaking of WriteFreely, the main reason why I decided that having my own instance would be a good reason is, I had joined a few writefreely instances and wrote a few articles in support of President Trump and to my surprise they're no longer over there, my posts I mean. So so much for free speech and freedom of expression, only being censored by the Masters of Silicon Valley. Apparently, the grassroots types like it as much as anyone else too.

So the site seems to be running well and I decided I should review the logs, in particular the auth logs. What I found was horrifying apparently in the space of one day, there were over thirteen thousand attempts to log into my server. The crackers are indeed, very busy. Well I'm happy everything's working out and I think I'll enjoy them for a few hours before I find some other project to play with. I'll enjoy my Mastodon instance, my Mumble VOIP chat room and my newly implemented blog, all in their infancy. I read somewhere that truly happy people are the ones whom are mostly satisfied with the things that they have, I agree. It's pointless to overlook the good things or the bad, for that matter, that one possesses, totally ignoring or neglecting them, in search of vain ambitions and regret. I'm going to enjoy this happy time and continue on my journey to self improvement. Thanks for taking the time to read this and take care of yourselves.